The experience of entering Jackson Fine Art on Buckhead’s sleepy East Shadownlawn Avenue is for that reason, an utterly novel one. The manicured landscaping and vintage house, with its white-painted brick, twin peaked rooflines and Tudor-style black trim, is fairy tale charming. 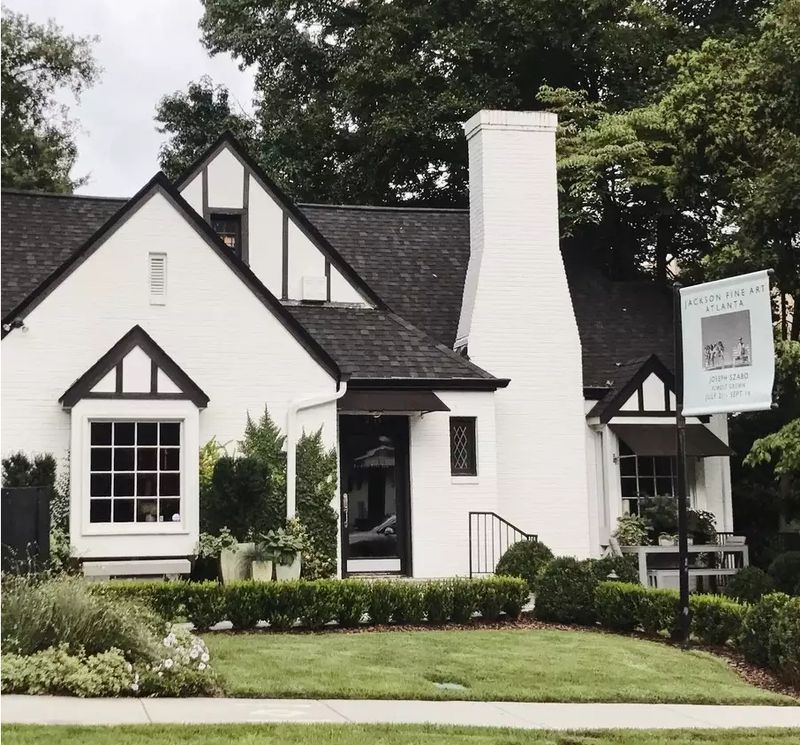 Hanging on the walls, photographer Erik Madigan Heck’s romantic, color saturated image of a woman in a scarlet ball gown racing through a formal garden or his ecstatic shot of a brunette in a grove of forsythia offer windows into lush fantasy. But there is a coziness to Jackson Fine Art that makes a visitor feel like a photograph costing five figures would be perfectly suitable to their own home. To help visualize it, the gallery has an app that allows prospective buyers to try out its photos on their own walls.

It’s rare to see another visitor at Jackson Fine Art, so the space can feel like a private viewing room. It’s just you and some of the masters of photography like Harry Callahan, Henri Cartier-Bresson and Gordon Parks alongside newer artists such as Holly Andres and Tommy Nease. 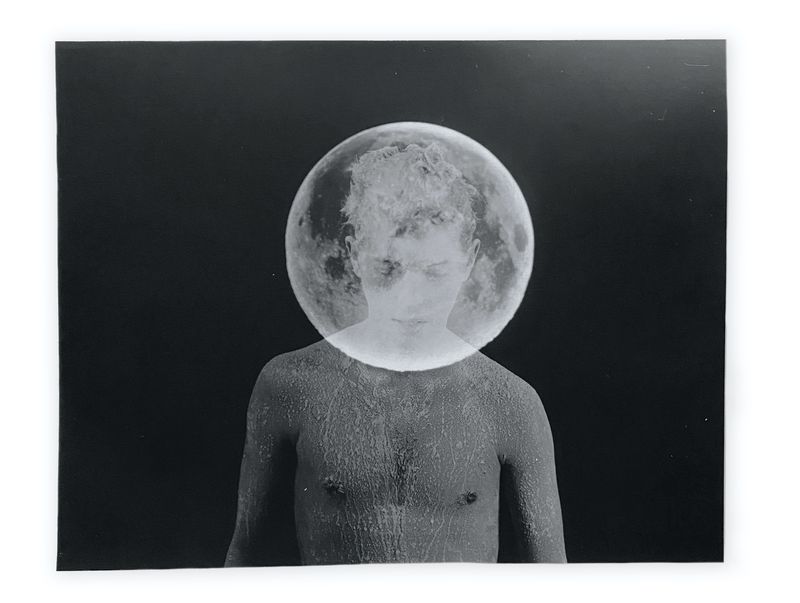 “Even if you can’t afford anything in there, they are willing to take their time with you,” says interior designer and HGTV star Vern Yip, who has been frequenting the gallery for more than two decades and has an Atlanta home filled with his photography collection, much of it sourced at Jackson.

How did the gallery get that way? In part due to the solid foundation laid by Jane Jackson, the namesake, founder and photography advocate who opened the space in 1990.

But since Anna Walker Skillman, 51, took over the space with partner and investor Andy Heyman in 2003, the gallery has gained national and international prominence. Many attribute the gallery’s success to the warmth and democratic approach of the earnest, chatty Walker Skillman, who has invested the space with a sense of Southern authenticity and approachability. At the same time, she’s demonstrated savvy business skills by adapting to changes in the industry, which has become increasingly centered on digital sales and online viewing rooms, especially since the onset of COVID. 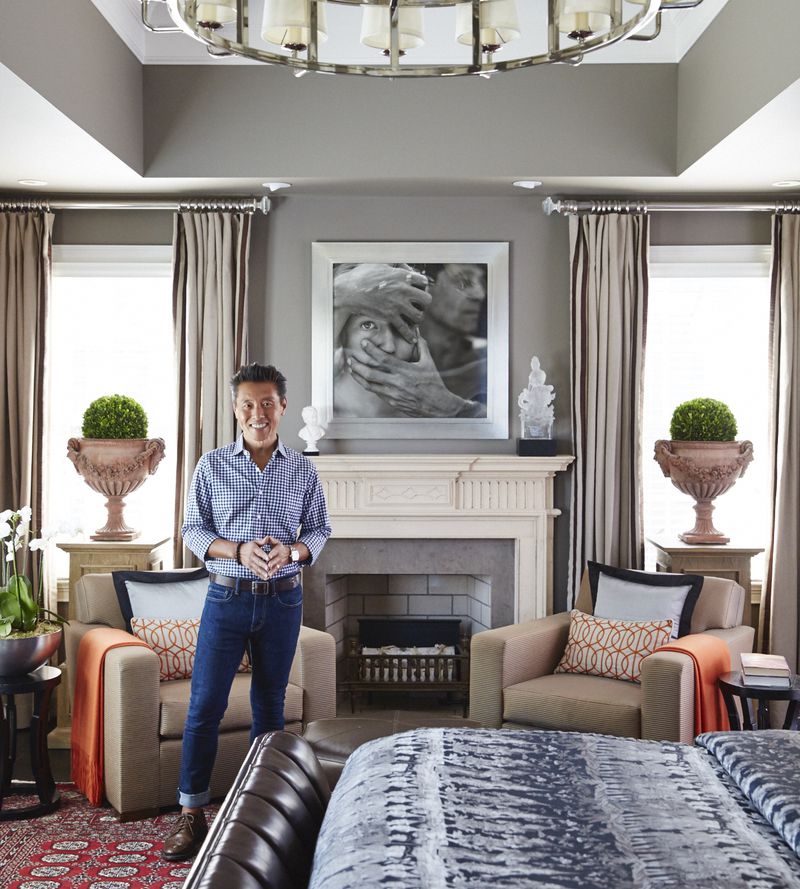 As a member of the Association of International Photography Art Dealers (AIPAD), Jackson Fine Art has become a familiar presence at high profile art fairs like Paris Photo, AIPAD NY and Art Miami. “It’s a joy to get our hometown represented at very elite fairs,” says Newell Harbin, director of the Sir Elton John Photography Collection, who has a long relationship with the gallery.

More than just an art dealer, though, Walker Skillman has become something of a tastemaker in Atlanta’s photography world with a fan club composed of designers like Yip, curators, bestselling authors and Hollywood actors who rely on her to help them develop their collections.

“Our goal is to educate and provide the best work possible,” says Walker Skillman.

“It’s on a par with galleries that are operating out of New York, Los Angeles and Chicago” says Yip. “I don’t know if people realize that.”

Walker Skillman counts among her discoveries the Dutch photographer Ruud van Empel, whose hauntingly beautiful and eerily Photoshopped portraits delight for their uncanniness. She discovered his work in the early 2000s, before the photographer was well known. Many of his pieces made their way into several Atlanta collections until his prices went through the roof.

“Most recently we have been excited by the work of an African artist living in Paris, Saïdou Dicko,” says Walker Skillman. He previously had only been shown in Berlin, Paris and Morocco, notes Jackson gallery director Coco Conroy. 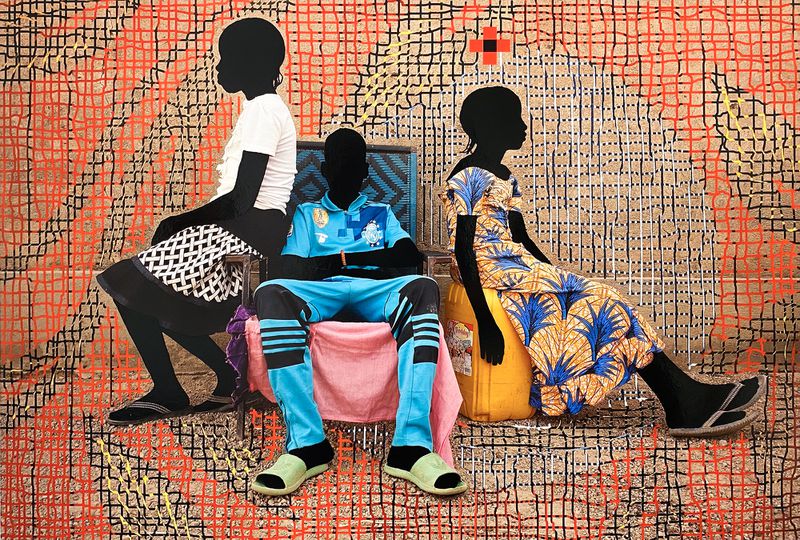 Another buzzy, international art world favorite she brought to the Southeast, Erik Madigan Heck, is currently on exhibit in the gallery, available for viewing by appointment only.

“We have always felt it is important to have a blend of old and new because the older masters provide the foundation that creates a dialogue around an emerging artist,” says Walker Skillman.

Among Walker Skillman’s fans is Emily Giffin, the New York Times bestselling author of “Something Borrowed.”

“I’ve never met a more authentic, warm or passionate person, nor have I ever worked with an expert in a particular field who makes her subject matter so accessible,” says Giffin, a longtime photography collector. 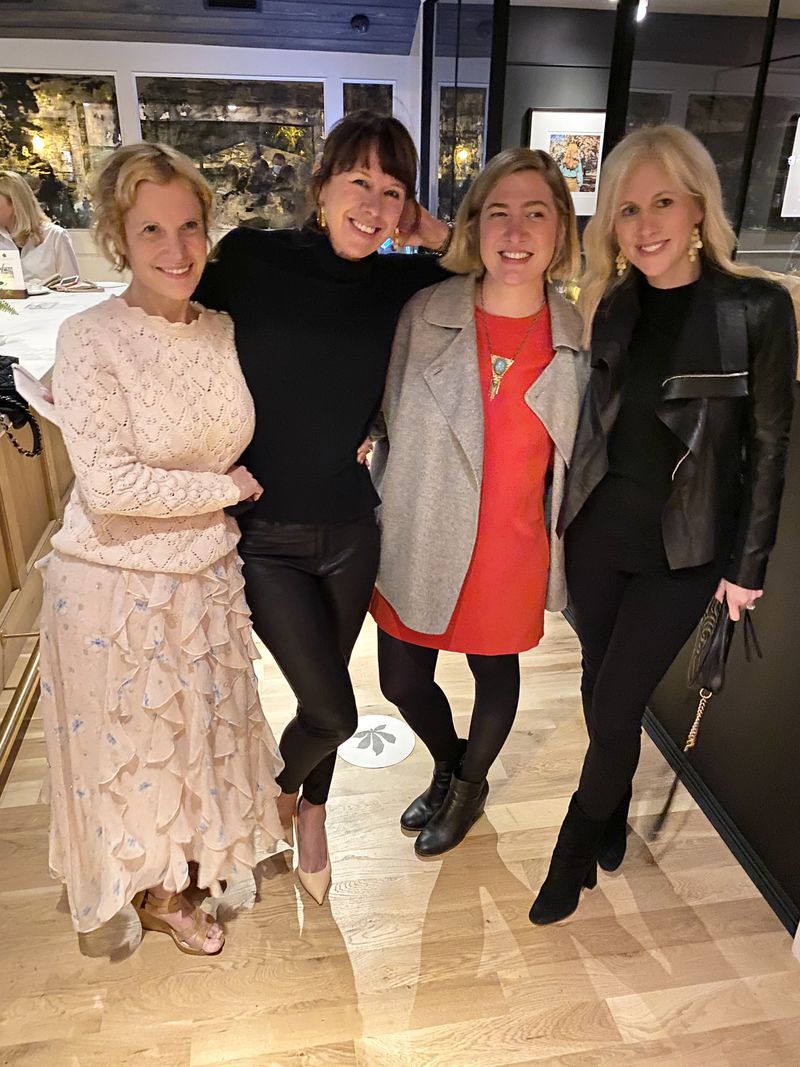 Prone to conversational detours and a love of sharing favorite TV shows (HBO’s “We Are Who We Are”) and beauty treatments (Artisan Beauté in Buckhead is a favorite destination), Walker Skillman was born and raised in the South and imprints the gallery with what feels like a uniquely regional sensibility, despite the gallery’s global reputation.

A petite woman with a whiff of a Southern accent, Walker Skillman might not seem to fit the mold of a powerhouse black-clad gallerist. She wears a work uniform of feminine dresses and skirts (she owns more than 100 Rebecca Taylor dresses), and has a retro, vaguely Jazz Age look more about her own style preferences than current fashion.

At home, which she shares with her blended family of four children and her new French husband Thibaut Devillard, she displays a collection of primarily female artists such as Sally Mann and Mona Kuhn. One wall is lined with beautifully idiosyncratic jewel-toned portraits of women painted by her maternal grandmother, Fanny Bird Jones.

Despite her gift for the Southern art of storytelling and the ability to establish a quick rapport, Walker Skillman admits to being overwhelmed by her own gallery openings. She tends to hang out in the office space during those. “I feel uncomfortable,” she admits. 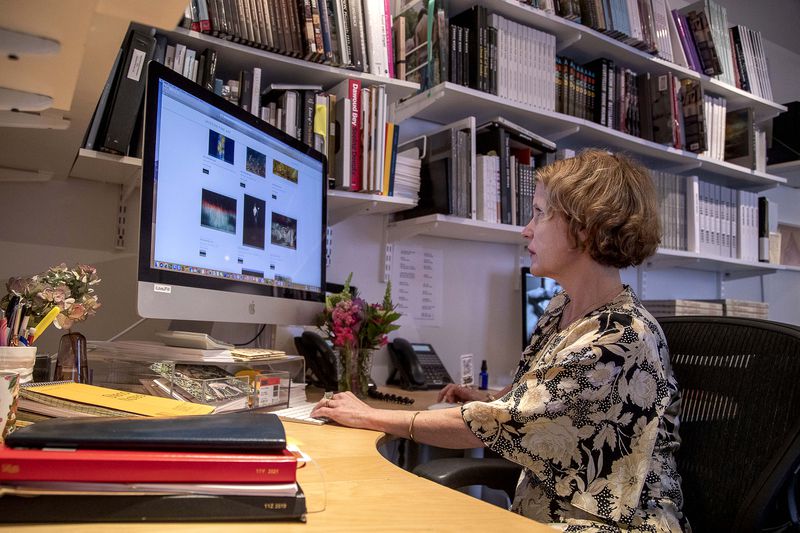 She prefers private, intimate interactions with clients and viewers, and the rewards of connecting others to the power of photography.

She recalls a fall day in 2012 when a bus showed up outside the gallery.

“We frequently have school groups come to the gallery,” she says.

“We decided to show them a group of photos from the civil rights era including Gordon Parks, Steve Schapiro and, most importantly, the photograph of the March on Washington by Bruce Davidson.

“Suddenly an elderly man stood up from his walker seat and exclaimed, ‘I was there!’ He was so excited and started pointing and telling all of his friends that he was there. (He) went on to say how he flew planes in WWII and spoke for almost 10 minutes,” she remembers.

Searching the photo, Walker Skillman tried to locate the man among the estimated 250,000 people who showed up that day in 1963 to hear Martin Luther King Jr. speak.

Later, a caregiver told Walker Skillman the man had Alzheimer’s and hadn’t spoken in three years.

“It took my breath away,” she says. “At that very moment, I knew that I was exactly where I was supposed to be.”